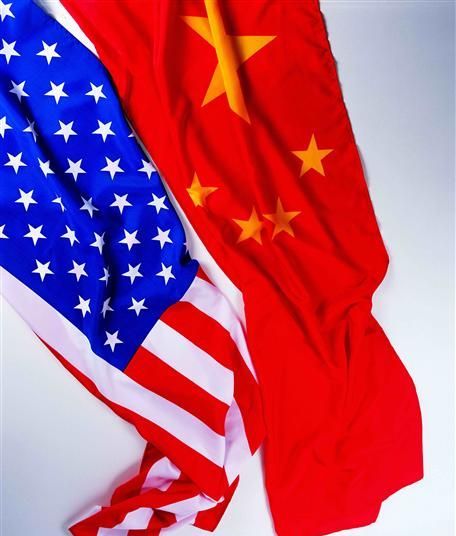 All the information here at CSI.

Given the hyperpolarized nature of the current electoral environment, it’s amazing to think candidates of opposing parties can still find anything to agree on other than blanket truisms like “the system is broken” and “water is wet.” (And heck, even the latter might provoke angry 140-character rebuttals on Twitter these days.)

But if you’ve been watching campaign ads — with more than $3 billion dumped into political advertising this season, how could you avoid them? — you’ll notice that a remarkable bipartisan coalition has coalesced around one of the most critical geopolitical issues of the day: our relationship with China. And the common ground they’ve arrived at appears to be that China is evil, scary, and poised to eat our lunch.

On October 9, David Chen of The New York Times noted that more than 29 candidates, Democrats and Republicans, have unveiled commercials attacking their opponents for aiding and abetting China’s imminent economic takeover of America.

In one ad, Democrat Joe Sestak, waging a hard-pitched Senate battle against Republican Pat Toomey in Pennsylvania, accused the latter of “fighting for jobs…in China.” (Sound of gong striking!):

The Space ad was made even more distressing by its unfortunate imagery. While many of the cycle’s anti-China ads share similar iconography (lots of Communist red, triumphalism, PRC flags, Beijing opera sound effects) Space’s hired guns decided to climax the commercial on a stock photo of a Lunar New Year dragon dance performance — which careful observers will recognize as taking place in San Francisco. The English-language signs in the background are a dead giveaway.

That’s what makes the widespread demonization of China and “the Chinese” so frightening to Asian Americans: The line between Asians on that side of the ocean and those on this side has always been blurry to those with a surplus of rage and a deficit of judgment.

To see where all this is leading, you need go no further than Citizens Against Government Waste’s scurrilous “Chinese Professor” ad, which shows a Beijing educator in the year 2030 explaining how American deficit spending led to China’s conquest of the West (cue creepy, villainous laughter):


Except that the ad was shot in Washington, D.C., and the audience apparently celebrating the fall of the U.S. is actually made up of local Asian American college students — who’d been lured to the shoot with the bait of being extras for the next Transformers sequel, and never informed of the nature of the shoot in which they were participating.

reply / helping to get stuff started

Though, I will respond to the previous post, my main goal was to help get things started as no one else has posted anything yet.

Now as to your (Shelton's) previous post. First off, there isn't really a question there in your well thought out (well researched) comment. So is it true, of course.
As in much of the rest of the world, there is almost always a "them" (people considered different and possibly dangerous to the "us"), even in America. Though, in America it is the most ironic as most of us immigrated from the "them". Throughout history the idea of "them" vs "us" has plagued society and served as excuses for war, genocide and murder. Our American society, not unlike your Chinese, is also plagued by this ignorant idea that if something is different and foreign, it is probably dangerous. However, I do protest the idea that the American #1 target of this is the Chinese.
After the events of September 11th 2001, every Muslim feared, rightly, of being viewed as a part of the extremist Islamic movement that committed those horrible acts. There was a percentage of American self proclaimed "patriots" who believed, and still do today, without doubt that every Muslim is dangerous. Due to the lack of real information and the growing amount of misinformation this led to a strong wave of discrimination that flowed throughout the 50 states towards Muslims and anything Islamic. This wave of discrimination was brought back into plain sight during the election, and first two years, of Obama's presidency. Obama's middle name Hussein was paraded around during the election, by a surging movement in the US, as a supposed legitimate reason why he cannot be trusted and therefore president. In addition, in recent months, with the big stink made over the proposed Mosque in downtown Manhattan. In the debate (one which should have only involved those who have legitimate interest in the area i.e NYers, family of the deceased, and the Islamic community) where the fact that Muslims were victims too, there's a sex shop on the same block, and that overall people who live and work in the area support the building were deemed as irrelevant by those who saw nothing other then terrorists building Near the hole in the ground that was the Twin Towers.
In summary, though there is much misinformed fear flying around in America, it is for the most part aimed slightly at a more religious target then a Chinese one. This is not to say that China isn't bad guy #2 in many people's minds, but just not #1 is my argument. And as just to incite further debate, as this will possibly make someone disagree. Most of, I 100% agree Not All, however, definitely a majority amount of misinformation is being spread by one side/TVnetwork. I'm not going to say who but it rhymes with Nupublicans and Cox News.

Sorry for the length but they had nothing for me to do at my internship today so I had a lot of time on my hands.

Re: Politicians Play The China Card

I have two main points to contribute: 1) The fast rise of anti-China sentiment is alarming, but not unprecedented, and as dramatic as the first post intimates. The vast majority of Americans have great respect for Chinese people, and Asian Americans in general because of their acheivements in North American society. 2) The recent spate of anti-China bullying by US politicians is an attempt by them to point the finger elsewhere for a segment of the American population that sees itself as a victim of globalization, for which China, as a large destination for once American manufacturing, etc jobs, is the easiest to package into short press-ready, TV-ready snippets.

While it's important to keep track of the instances of anti-Chinese anti-Asian sentiment, the most poignant point the first post made is that there is a serious amount of miscommunication between the domestic Chinese population and Western populations. In this case I wouldn't point the finger at Fox News. The entirety of Western media is not doing a very good job of covering China. It is only partially due to Chinese government's censorship. In my mind at least the bigger blamelies with Western media's obsession with sensationalism. Only truly out there stories are deemed worthy of making it back into Western media sources. So, Westerners see the ridiculous but never the mundane. Western media has made it easier than pie for politicians to point the finger at China, as Western media has already painted it as a big bad, rich and rising mystery monster.

At the same time, I think it's important to note that the Chinese population has an alarming anti-Western sentiment, equally stoked by Chinese media and government.